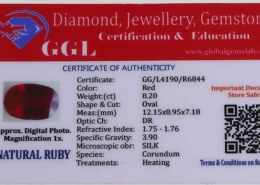 Are GGL certificates fake or not?

You must login to add an answer.